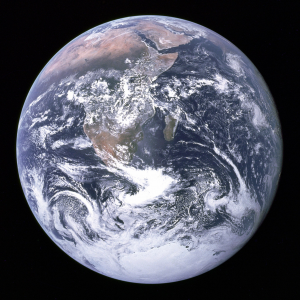 Title: Responsibilities and roles: where do we go from here?

As well as holding numerous voluntary posts and honorary positions, Carole has been the guest judge for the IHBC’s Gus Astley Student Award in 2017, and currently serves as the Chair of the Planning Committee of the Oxford Preservation Trust.

Title: The contestation of heritage: before and after the virus

Cliff Hague is a freelance consultant and researcher, Emeritus Professor in Planning and Spatial Development at Heriot-Watt University, and a Fellow of the Academy of Social Sciences. He chairs the International Advisory Board for the Sustainable, Healthy and Learning Cities research project that is funded by the UK’s Global Challenges Research Fund.

He is a Past President of the Royal Town Planning Institute, and of the Commonwealth Association of Planners.

Since 2016 he has been Chair of the Cockburn Association, which is the Civic Trust in Edinburgh. He is also a Patron of PAS (Planning Aid Scotland). He was Chair of the of Built Environment Forum Scotland, 2011-14, which is the intermediary body between the sector and the Scottish Government.

Cliff has worked in several EU funded projects, mainly on small towns in peripheral regions in the Baltic Sea Region. He has also done work for UN-Habitat in Palestine. His most recent book was Leading Change: Delivering the New Urban Agenda Through Urban and Territorial Planning (2018).

Prior to joining Historic England, Adala worked as an Associate Economic Consultant on behalf of private and public clients producing economic research and evidence for regeneration and development projects.

Adala has a Master’s Degree in Local Economic Development from the London School of Economics where she worked as a Research Officer for two years.

Carl Elefante, FAIA, FAPT is Principal Emeritus with Quinn Evans Architects where he served as design principal on architecture, preservation, and community revitalization projects. Known for coining the phrase: ‘The greenest building is one that is already built’, Mr. Elefante writes and lectures nationally on historic preservation and sustainable design topics.

Kris Declercq is Mayor of the city of Roeselare (Belgium).

Kris obtained a LLM-degree (Master of Law) at the KULeuven and specialized in commercial and constitutional law at the University Of Stellenbosch (South Africa).  After practicing law for a number of years he took his first political steps at the cabinet of Minister Stefaan De Clerck and later as Deputy Head of Cabinet of Prime Minister Yves Leterme and also as advisor to Herman Van Rompuy, in the field of constitutional law and local government.

In 2016 Kris became mayor, focusing on retail and city-planning and inspired by the ideas of UK-retail specialist Bill Grimsey.

Faced with declining footfall and store closures Kris was inspired by The Grimsey Review and tailored the recommendations to Roeselare, setting in place a development plan to transform the town.

He is president of the ‘West-Vlaamse Intercommunale’, gathering 54 cities in Western Flanders.

Title: Speculations on urban heritage in China - Current and Future

Ph.D. Architect and Urban Planner, Professor at the College of Architecture and Urban Planning at Tongji University (China), Distinguished Professor of Shanghai Universities (Eastern Scholar). An expert in 20th century heritage studies and conservation, Prof. Gonzalez Martinez is the drafter of the Spanish National Plan of 20th Century Heritage Conservation for the Spanish Ministry of Culture. He is a member of the Executive Committee of the Association of Critical Heritage Studies (ACHS) and of the Scientific Committee of the Iberian Docomomo Foundation.

Committed with the research and dissemination of heritage architecture and urbanism, he is Executive Editor of the Built Heritage Journal, published by Tongji University Press. He has authored more than 80 publications, including books, book chapters, articles and book reviews. His works include the book In Light of Hilberseimer (awarded the Research Prize of the 2018 Spanish Architecture Biennale) and articles in top journals like Cities, the International Journal of Heritage Studies, the Journal of Urbanism, and Docomomo International Journal. He is also a referee for top journals like Cities, Urban Studies, Space and Culture, International Journal of Heritage Studies, Journal of Spanish Cultural Studies, Architectural Science Review and Change Over Time.

He has coordinated research and dissemination projects in heritage architecture and urbanism, such as the Iberian DOCOMOMO Registers (2008-2018) and the Register of 20th Century Architecture in Andalusia (2006-2009). He has directed international scientific meetings, such as the 2017 Conference on 20th Century Heritage and the Historic Urban Landscape in Madrid and the 2013 Iberian Docomomo Conference in Malaga. He has also been scientific coordinator of meetings, among them the 2019 Conference on Built Heritage Studies and the 2017 Conference on Built Heritage, both organized by Tongji University.